Even before the coronavirus pandemic, investment markets were weak. Now, cash rates and bond yields are at rock bottom and companies are slashing share dividends. Popular property investment markets are facing high vacancy rates and falling rents, with migration stalled and unemployment rising.

In this environment, it is difficult for retirees to find investment income to cover living expenses.

“Years ago, if you gave me $1 million, I could get you 16 per cent returns, which is $160,000 a year. These days I have clients with term deposits of $1 million or more getting 1.5 per cent. On $1 million that’s only $15,000,” Financial Decisions authorised representative Michael Phillips says.

“Pay your car insurance and registration, pay your council rates, your water rates and electricity, and that’s your $15,000 gone.”

Defensive assets, such as cash, bonds and fixed interest, have provided regular income while protecting capital in the past. But these traditional income sources are currently generating such low returns that retirees can no longer rely on them alone.

The Reserve Bank of Australia’s (RBA) official cash interest rate was 0.25 per cent in August. The highest rate term deposits were paying less than 1.5 per cent for six months on $50,000, according to comparison website Finder.com.au. All 43 experts surveyed in Finder’s June RBA Cash Rate Survey expect rates to stay low until 2022 or 2023.

According to Ashton Reid portfolio manager Martin Currie, inflation adds to the problem of low returns.

Australia’s headline inflation rate was 2.2 per cent in the March quarter, RBA figures show (although it had fallen to –0.3 per cent by June). When returns from defensive assets are below the inflation rate, the buying power of the investments falls each year.

“You need to match the rising cost of living or you won’t be buying Christmas presents for the kids,” Reid says.

“In extreme cases you will be cutting back on your living standards to the extent of not putting on the electricity.”

Growth assets, such as shares and property, protect against inflation because their capital values can rise. They pay income as distributions of company earnings or rent.

But shares are delivering little income in the current market. Banks, which usually pay good dividends, have slashed or deferred distributions in an effort to protect their businesses amid economic uncertainty.

“We’ve seen a 30 per cent fall in the income stream of the ASX 200,” Reid notes,  adding he expects dividends will fall further over the next 12 months.

The portfolios Reid manages seek income from listed real assets, such as infrastructure and property.

“Real assets have attractive headline yields and they can grow independently of the economic cycle because they are leveraged to population growth. This means you can have relatively low-risk income streams that can rise to match, in dollar terms, your cost of living,” he explains.

These investments have not been immune to the downturn though. Airports’ income has dried up. Commercial property tenants, suffering with business shutdowns, have withheld rent or asked for reductions or abatements.

Reid says it is important to be selective. His fund – the Martin Currie Real Income Fund – looks for listed infrastructure assets that provide essential services in any economic conditions, including electricity grids and gas pipelines.

Owning company shares and other listed assets means investors can access their capital quickly if needed.

A lack of liquidity is a major drawback to residential investment property, another popular growth asset. It can take weeks or months to sell a home and transaction costs are relatively high.

Rental properties can generate income and capital gains, but rents have fallen across Australian capital cities, according to Domain’s June rental report  Vacancy rates have soared, with unemployment rising, migration stalled and foreign students returning to their home countries. Further, SQM Research indicated residential rental vacancies hit a record high of 4 per cent in Sydney in May.

Unlisted property funds may be easier to trade, but it can be difficult for investors to identify the underlying assets they own.

Another alternative is a syndicated loan product which is where investors jointly provide a loan to help fund the purchase of an asset, such as a property. Investors can select the individual asset that will secure the loan.

Phillips is conscious of the need for retirees to be able to access cash when they need it.

“As clients get older, health issues come up. Their children have lost jobs. They’re taking money out of super to support their children,” he says.

People who don’t have cash reserves to draw on have to sell other assets.

“When I came into the industry many years ago, rule 101 was: never draw down on your capital. Invest the money and get a return to keep a comfortable lifestyle. But there are not a lot of alternatives out there at the moment,” Phillips says.

He suggests retirees who are reluctant to sell financial investments in the current market can consider using their home’s equity and there are various ways of doing so.

Seniors could sell their home and downsize. They could sell some of the equity in their home through an offering such as DomaCom’s seniors equity release product, a home reversion product or the government’s Pension Loan Scheme. Or they could use debt by keeping their mortgage open or applying for a reverse mortgage.

Each person’s circumstances are different. It is important to understand the intricacies of any investment or financial product and any potential impacts on Centrelink entitlements before making a decision. Advice from a licensed and accredited financial adviser is recommended.

How to re-energise your client base 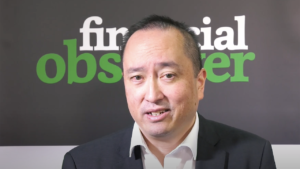 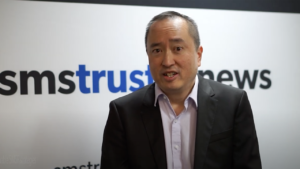 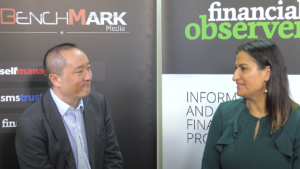